Python and Selenium scraping: How to gather data from multiple sites quickly with Crawlbase

Web scraping is an efficient way to gather data from multiple websites quickly. Web scraping is a technique for obtaining data from web pages in various ways, including using online cloud-based services, particular APIs, or even writing your web scraping code from scratch.

Web scraping is a technique for obtaining data from web pages in various ways. Web scraping is a method of obtaining vast amounts of information from websites, which is done automatically. Most of this data is unstructured HTML that is turned into structured data in a file or database before being used in different applications.

Web scraping with Python and Selenium can save you both time and effort because it automates browsing web pages for information. Web scraping is a technique that extracts data from online sources to populate databases or generate reports. Web scrapers use HTML parsing techniques to extract data from standard internet pages - like social media posts, news articles, product listings, or other content found on public-facing websites. Web scraper applications are used by people in various industries, ranging from marketing research firms to small business owners who want more targeted advertising options.
Data acquired from websites like e-commerce portals, job portals, and social media platforms can be used to understand better customer buying trends, employee attrition behavior, customer attitudes, etc. Beautiful Soup, Scrappy, and Selenium are the most prominent libraries or frameworks for web scraping in Python..

How to scrape data from websites?

Why is Python such a great web scraping programming language?

Python is a high-level, general-purpose programming language widely used in web development, machine learning applications, and cutting-edge software technologies. Python is an excellent programming language for beginners and experienced programmers who have worked with other programming languages.
Scrapy is a Python-based open-source web crawling platform with a large user base. It is the most widely used language for web scraping since it can easily handle most procedures. It also includes several libraries explicitly designed for web scraping. It’s great for scraping websites and getting data from APIs. Beautiful Soup is yet another Python library ideal for scouring the web. It generates a parse tree from which data may be extracted from HTML on a website. Navigation, searching, and changing these parse trees are all possible with Beautiful Soup.
On the other hand, Web scraping can be tricky since some websites can restrict your attempts or even prohibit your IP address. You will get blocked if you don’t have a trustworthy API because you repeatedly send the request from the same or untrusted IP address. Scraping through a trusted Proxy would solve the problem as it uses a trustful pool of proxies, so every request gets accepted by the targeted websites.
Without proxies, writing a standard scraper in Python may not be adequate. To effectively scrape relevant data on the web, you’ll need Crawlbase (formerly ProxyCrawl)’s Crawling API, which will let you scrape most websites without having to deal with banned requests or CAPTCHAs.
Setups and tools-
The following are the requirements for our simple scraping tool:

Scraping websites with the Scraper API in Python

Let’s begin by downloading and installing the library we’ll be using for this task. On your console, type the command:

Now that everything is in place, it’s time to start writing code. To begin, import the Crawlbase API:

Then, after initializing the API, enter your authentication token as follows:

Get your target URL or any website you want to scrape afterwards. We will be using Amazon as an example in this guide.

The following section of our code allows us to download the URL’s whole HTML source code and, if successful, display the output on your console or terminal:

As you’ll see, Crawlbase (formerly ProxyCrawl) responds to every request it receives. If the status is 200 or successful, our code will only show you the crawled HTML. Any other result, such as 503 or 404, indicates that the web crawler was unsuccessful. The API, on the other hand, employs thousands of proxies around the world, ensuring that the best data returns are obtained.

Simply include it in our GET request as a parameter. Our complete code should now seem as follows:

If everything goes properly, you should receive a response similar to the one below: 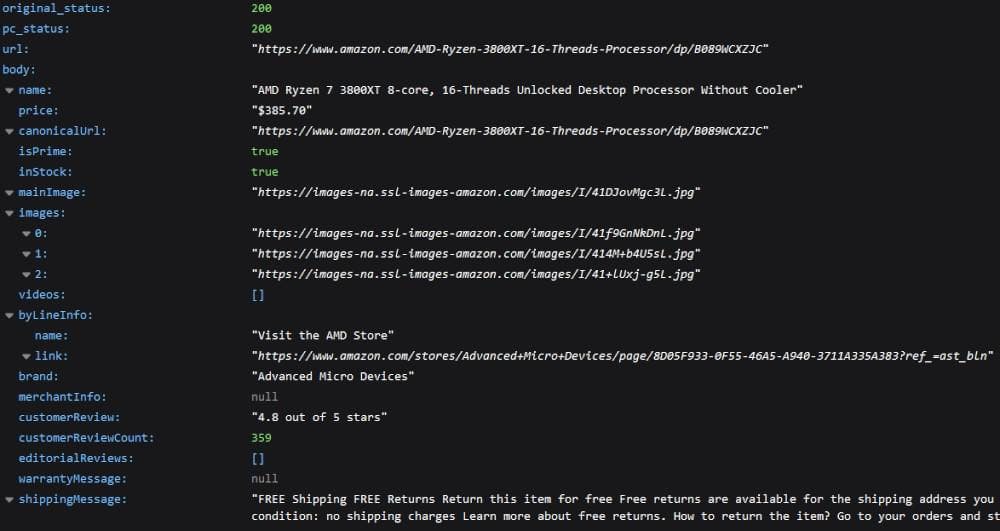 Selenium is a web-based automation tool that is free and open-source. Selenium is mainly used in the market for testing, however, it may also be used for web scraping.
Install selenium using pip
pip install selenium
Install selenium using conda
conda install -c conda-forge selenium
Download Chrome Driver:
command : driver = webdriver.Chrome(ChromeDriverManager().install())
The complete documentation on selenium can be found here. The documentation is self-explanatory; therefore, read it to learn how to use Selenium with Python.

Our scraping tool is now complete and ready to use with just a few lines of code for web scraping with Python and Selenium. Of course, you may apply what you’ve learned here in any way you choose, and it will offer you a lot of material that has already been processed. You won’t have to worry about website restrictions or CAPTCHAs using the Scraping API, allowing you to focus on what matters most to your project or business.

Web scraping with Python and Selenium can be used in several different ways and much grander scale. Try with alternative applications and features if you want to. Perhaps you’d like to search and collect Google photos, keep track of product pricing on retail sites for daily changes, or even provide data extraction solutions to the company. 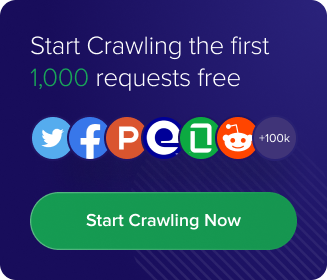 Similar to "Python and Selenium scraping: How to gather data from multiple sites quickly with Crawlbase" 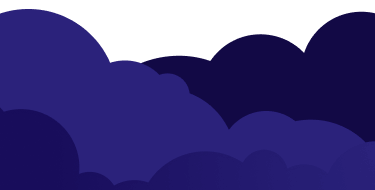